As controversial a portrayal of black parenting as ‘Beasts of the Southern Wild’ presents, Hushpuppy’s limited supervision and sense of community were ultimately essential to her survival.

The little boy who used to live on the second floor, the one with the cornrows grazing the back of his neck and the owlish glasses, never stayed indoors. He was always running, chasing the family cat or asking around, home to home, if a new child in the neighborhood could come out to play. He was nine or so, polite and precocious, always noticing things. You dropped this. You’re forgetting that. He held the lobby door open for my grandmother, my mother, and I whenever he saw us coming.

A boy like that catches the eye, out of doors as he so often is. It was easy, then, to notice that his mother hadn’t entrusted him with a key to his family’s apartment. We knew it because sometimes, he’d linger too long outside the locked, intercom-activated lobby door. We knew it because, while walking up to our own third floor residence, we too often noted that his family’s door was kept slightly ajar. He was either rushing in and slamming it or waiting downstairs for someone to open it when he’d locked himself out.

It was risky, his mom opting to leave their whole apartment vulnerable rather than giving him a key. It was risky, too, to reserve comment and to let them sort through that decision and its consequences alone.

But I remember being nine myself and in need of a key after school. I remember losing it too, on many occasions, and begging the rental office managers to let me borrow their spare. I asked so often they would finally have to inform my furious, frustrated mom.

The memory was what kept me quiet on the days when the neighbor boy sprinted confidently up to his cracked door and slipped inside — and it was also what made me ask if he needed to use our phone or wanted someone to wait with him when he was in the lobby alone.

Latchkey life is a series of covert missions, held precariously in place by a cardinal rule: don’t get caught. 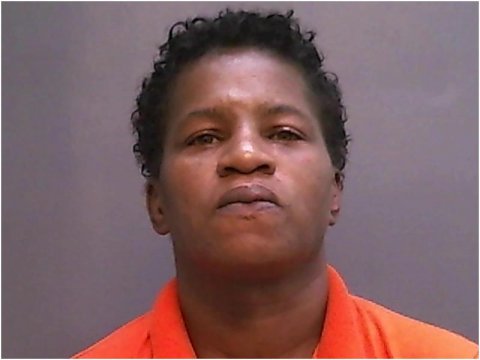 Debra Harrell was charged with “unlawful conduct toward a child,” after allowing her daughter to play in a local park during her work shifts.

I thought about this code when I heard about Debra Harrell, the 46-year-old South Carolina mom who let her nine-year-old daughter play in a park for three days while she worked her shifts at McDonald’s.

If I’d driven by and spotted Debra’s daughter braiding tall grass at 1pm, then passed by again to find her eating fruit under a shady tree at 4, I would’ve thought little of it. Even if, as in this case, she was there for three days in a row. I may’ve asked, as the concerned observer did in this instance, where the girl’s mother had gone. But if she’d shown me the cell phone her mother had given her in case of emergency and if she seemed safe and unbothered, I would’ve moved along.

Just as all who wander are not lost, all who play outside alone — even all day — are not abandoned.

When I moved into my grandmother’s third floor apartment, my daughter was two and noisy. She was not sleep trained and sometimes she’d let out a squeal or leap across the carpet well after 8pm.

“If you don’t get that girl to be quieter, the neighbors downstairs might call the police,” my grandmother admonished one night.

I thought I’d misheard her but she went on, “They’ll say they heard her screaming or that you never have her in the bed at night. Child Protective Services will come up here and they’ll take her away from you. CPS loves to take black children.”

The warning winded me. My eyes stung. My chest heaved. I wanted to tell her how hurtful she was being and I did. “You’re saying that if CPS came and assessed my parenting, they’d still find cause to take my child. You’re implying I’m unfit.”

“I know you love your child,” she said in a voice that didn’t soften. “But I’m telling you the truth.”

It was a court stenographer’s truth, the truth of a woman who had spent over 20 years transcribing heinous crimes, tragic accidents and separations of children from parents, based on everything from hearsay to hard evidence. It was also the truth of an elder for whom the memory of being policed for playing while black — in the wrong park, on the wrong street, at the wrong hour — was still fresh.

I thought of the boy downstairs, his unlocked door, the infants in the basement apartments who wailed at all hours of night. My daughter wasn’t the only child in the building. Her noise didn’t exist in some disruptive vacuum and it didn’t seem constant enough to warrant complaint.

But I was never able to shake my grandmother’s warning. She was telling me that, as a black mother, loving my child wouldn’t necessarily stop a caseworker from recommending her removal from my custody. It would take months, but eventually, I understood that her conferral of worry was, in its way, her own expression of love.

Cases like Debra Harrell’s frighten me. They reify the idea that the rules are different for my black family. For us, noisy nighttime play or unsupervised daytime play don’t just draw annoyance or concern. They draw authorities. They draw teams of people with the power to determine whether or not our children can come home.

There are parts of parenting that are predicated on privacy, on intimate negotiations of what will and will not be able to work under our own roofs on a given day. Bedtime, dinner, and discipline choices differ from household to household. We have all had moments where we’ve considered ourselves fortunate no one witnessed us bribing our child with candy or snapping at him when a gentler word would’ve been best.

But there are other parts of parenting where privacy is as perilous as it is necessary, like determining when your child is “mature enough” to be left alone for hours at a time. It can be difficult for families with latchkey children — and the strangers who observe their decisions — to know the difference.

At what point does incurious observation become concern? At what point should concern involve intervention? And once authorities have intervened, which infractions should warrant the removal of children from their homes?

Sadly, parents without access to safe, affordable child care often depend on the silence of strangers. For them, that silence is kindness. But true kindness would actually be the opposite. True kindness would be conversation. It would be finding out the full story before it becomes a somber national headline, waiting with the child until her mother arrives, offering to keep an eye on the child at play or helping the family find better local resources.

And it would be educating oneself about the stakes for black low-income and single-parent families. They are higher. More than half of all children entering foster care in the U.S. are children of color. Twenty-six percent of those children are black, which is double to the total population of black children in this country. There is a real precedent for worry that taking a latchkey or unsupervised play situation directly to the authorities will result, not in help for a mother and child, but in a mother losing her child.

The idea that erring on the side of caution can make things worse may seem counter-intuitive until you hear enough stories like Debra Harrell’s, until you have a few latchkey kids as neighbors, until you’ve heard your own family warn you to keep your toddler from being so noisy, lest someone try to take her away.

When the little boy downstairs moved away, it seemed sudden. We hadn’t seen boxes. They’d done the heavy lifting after dark. By the time he said goodbye his family’s apartment was already empty. We both stood there a little longer than we needed to. I was hoping his new neighbors would view his family’s situation as I did: as a negotiation of need, as a case where a simple, “Are you okay?” was often enough to tide the child over until his mother came home.  I hoped his new neighbors would be watchful and supportive, the kind of people who considered alerting authorities to the presence of a latchkey kid playing unsupervised outside, as a last resort.

20 thoughts on “What Black Latchkey Families Stand to Lose.”