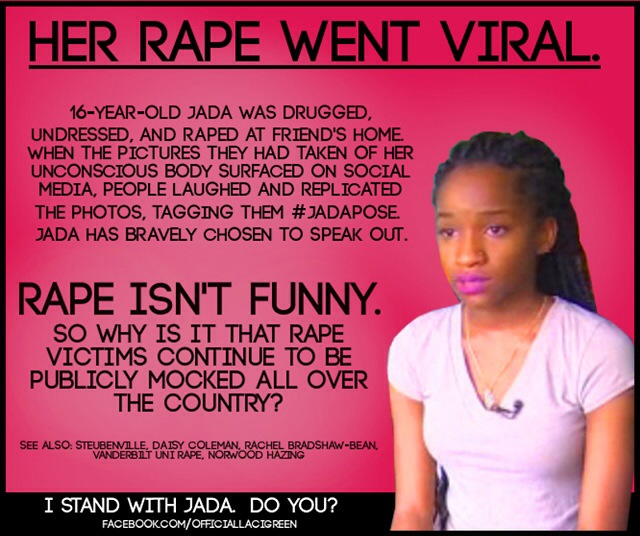 Two nights ago, I sat in our bedroom on the third floor with the window open. You were already asleep. The night breeze carried the voices of a cabal of teen boys walking beneath. There is a steep grassy hill behind our building. I never take you to play there. The earth is uneven and I don’t trust the improbability of a long hard tumble. But I’ve always found it a beautiful space, open and green among the brick, steel and concrete, tree-lined, flowering branches blushing white and pink each spring with the promise of growth. It is usually quiet there after nightfall, or it has been during most of the 27 years my grandmother has lived here. But things are changing. The boys were raucous but stealthy, their voices at once overloud and vanquished altogether.

“She got HIV or something. She might got HIV!” One called out.

“She probably got HIV, yo!” Another chimed in, chuckling. “I don’t trust that!” Their chorus of noises rose up to our window like a mist.

I have seen these boys or ones like them. There are no fewer than five when they’re walking through our complex during the day, sagging their skinny jeans, scratching their scalps under tall, untended fades. It’s their eyes I always remember, the furtive way they dart at my face when I’m driving by. The eyes say: do I know you or do you mean me harm?

But this isn’t a binary question. “Or” is the wrong conjunction here.

The boys under the window know the girl about whose sexual health they’re speculating. They know her, are negotiating her worth to them, are laughing. And then they are moving on.

But they’ve left blight in the air. With the casual cruelty of their cackles, they’ve colored each other’s opinions about her with innuendo. It isn’t clear to me if they even know that it is moot to denigrate a woman for contracting a disease she has likely gotten from a man. If it were right or useful or logical to measure morality by one’s illnesses, it seems whoever infected her should be the person yelled about in the town square. Do not have sex with that dude! they should be yelling. At least not without adequate multiple forms of contraception!

Even in 2014, only women are called “loose” in voices that carry. It need only be uttered about us once, in relative anonymity, and the way we negotiate the maze of our days must be altered. We take the stairs. We get to class early. We sit where the whispers are not hot and bearing down from behind. We defend ourselves when we shouldn’t and go it alone when there should be a hedge of homegirls rushing to our aid.

Changing course is no longer enough. Today, casting lots about a young girl’s sexual history, while walking in the summer night under the neighbors’ open windows, is practically innocuous by comparison. At least they are not bragging about having roofied her. At least she is not with them, unconscious and being dragged across the storm-dampened grass as one of them raises his cell phone and gets grainy night video of her. At least they are not pausing on the hill to upload the footage as she lay inert between them. At least I didn’t wake the next morning to a viral trend about the girl the boys behind my building made their punch line.

But there are other girls, other unchecked, overpowering boys, whole communities that reward them for viral shares and social pacts of silence. There are older people, parents and grandparents, aunties and uncles willing to whirl toward the girl when the boy’s name is well-known, willing to grit at those horrified girls, “You know boys act like this. All men want one thing. They are not above unspeakable acts to get it. Nothing is beneath them. What were you thinking?”

What were you thinking?

I do not often write about girls like Jada. I do not closely follow the criminal cases of boys like those who raped and recorded a girl in Steubenville. But I also do not know how not to carry these girls close. I don’t know how not to think about how profoundly both they — and the staggeringly bankrupt boys who laugh while trying their damnedest laying waste to them — have been failed by generation upon generation of rape-enabling. There is no court that can train it out of them, no verdict that translates to justice.

Toward the end of my first year teaching community college in Baltimore, I assigned my students two readings about Amber Cole, a local 14-year-old videotaped against her will while performing sex acts on boys that she knew. The six students present in my class that afternoon, all developmental English-level readers and writers, snickered, feigned offense at the subject matter, scoffed loudly at certain points. But eventually they struggled through the essays.

The time had come for us to discuss. Because we were all black and from Baltimore, because the girls were just three or four years older than Amber themselves, I expected them to empathize with her. I had this naive notion that we would rally in defense of her, if the boys in class did not.

In truth, no one defended her. In truth, one girl said, “I’d rather my daughter come home pregnant at 14 than be all over the Internet like that.” Her friend turned to her in disbelief. “A baby is for 18 years!” she said. “The Internet is forever,” the first girl retorted.

I didn’t know how to recover the conversation. Class ended, and they didn’t wait for me to verbally dismiss them before skittering off, onto a campus and into a world that would offer them no more love or support or absolution than they offered the girl we’d just discussed.

The next semester, in another class of students just as small, I brought up Trayvon Martin and one of my most promising young men said, “I don’t get what the big deal is about him. Boys die here every day and the world don’t rally for them.”

I looked to the other students, anticipating dissent. None came. I had no ready argument, either. But I know now that I should’ve said, “They should.”

We think it is rape culture or gun violence that will define us as a fallen civilization. But it’s the indifference that will do us in. It’s our fierce commitment to independence — emotional, cultural, financial, spiritual — as our most prized and noble value that dooms us.

We are nothing without each other, nothing if all we can manage is protecting our own children, nursing our individual grief, urging others to be more like someone else who was “independent” enough to “move on” and “dust herself off” and “get over it.”

We look at a little girl like Jada and we call her brave for speaking out against her own ongoing violation. She whose small body has withstood a behemoth of trauma is now expected to be publicly strong enough to fight an Internet meme proliferating faster than her own words can carry.

It is foolish to think that by devoting a few tweets or blog entries over a news cycle we are truly standing with her. It is foolish to think that standing with someone online or in a city hall or by a courtroom telecast on TV is affecting longterm change. I am often of the mind that girls who’ve gone through what Jada has don’t need us to stand with them. They need to be swept off their feet, hoisted onto our backs or shoulders, and carried. We carry the Jadas of the world by teaching their peers, that it is their own inability to empathize with her, their own voracious appetites for cell phone footage of active crime scenes, their own shrugging in the face of others’ tears that eggs their friends on. We carry her by emphasizing to young women and young men already embroiled in these dark, embittering battles that their is us and them when it comes to rape. You are not better if it has not happened to you. You will not be praised for never having done it or for leaving the scene as it’s about to occur and keeping silent about the terror you sensed there, afterward.

We carry her by resisting the urge to find the exact moment of the night in question that she could’ve had made a different choice, that she should’ve been back home, that she should’ve decided to sequester herself in her bedroom until the world stops producing boys who believe women are soulless slabs of sexual objectivity.

We carry her not with outrage, not by calling for blood, but by memorizing her face, memorizing the faces of the boys we pass every day, looking them all in the eye. Holding their gaze holds us accountable.

We carry her by understanding that not every rapist will be dissuaded. This means that, during our lifetime, we will not see a world entirely rid of messaging that enables or people who defend them. So we also carry her by focusing on those capable of change rather than those who willfully choose to label depravity as fraternal bonding or fun.

Even this feels lacking when I look at this girl’s crestfallen face. She is all but weightless on our shoulders; the opposite of burden. But lifting her is something. Dear Lord. It’s a stutter-step.

11 responses to “Carrying Jada: When ‘Standing With’ Isn’t Enough.”